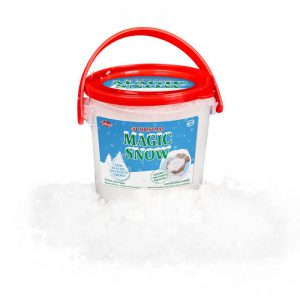 Click on this link above for the full version of this and other spells: Potions and Explosions Spell Book

HOW DOES MAGIC SNOW WORK?

Want coloured snow? Just add a few drops of food colouring to the water before pouring in onto the Magic Snow granules.

Want to build a snowman? Form the snow into snow balls. 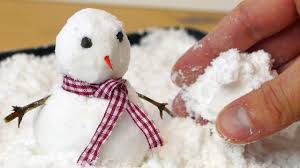 Build a snowman with this amazing water absorbing polymer!

Place in the freezer on a tray for an hour or more. You can now stack your snowballs on top of each other and then decorate them!

Want to make a snow fort? Create enough snow to fill an ice tray. Place in the freezer for an hour and you will have building blocks to make a frozen fort! If the blocks are stuck in the tray just run some warm water on the back of the tray to loosen them. 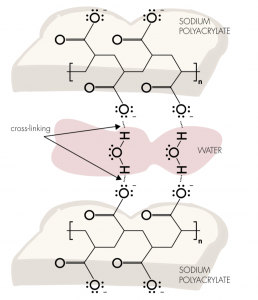 the superabsorbent polymer, sodium polyacrylate, found in baby nappies. The only difference (and it’s a big one) is that the Magic Snow polymer not only absorbs water but the long chains of molecules swell to an enormous size.

The polymer soaks up water using the process of osmosis (water molecules pass through a barrier from one side to the other). When water comes in contact with the polymer, it moves from outside the polymer to the inside and causes it to swell. The polymer chains have an elastic quality however, they can only stretch only so far and hold just so much water.

What happens when you put some table salt on top of the snow?