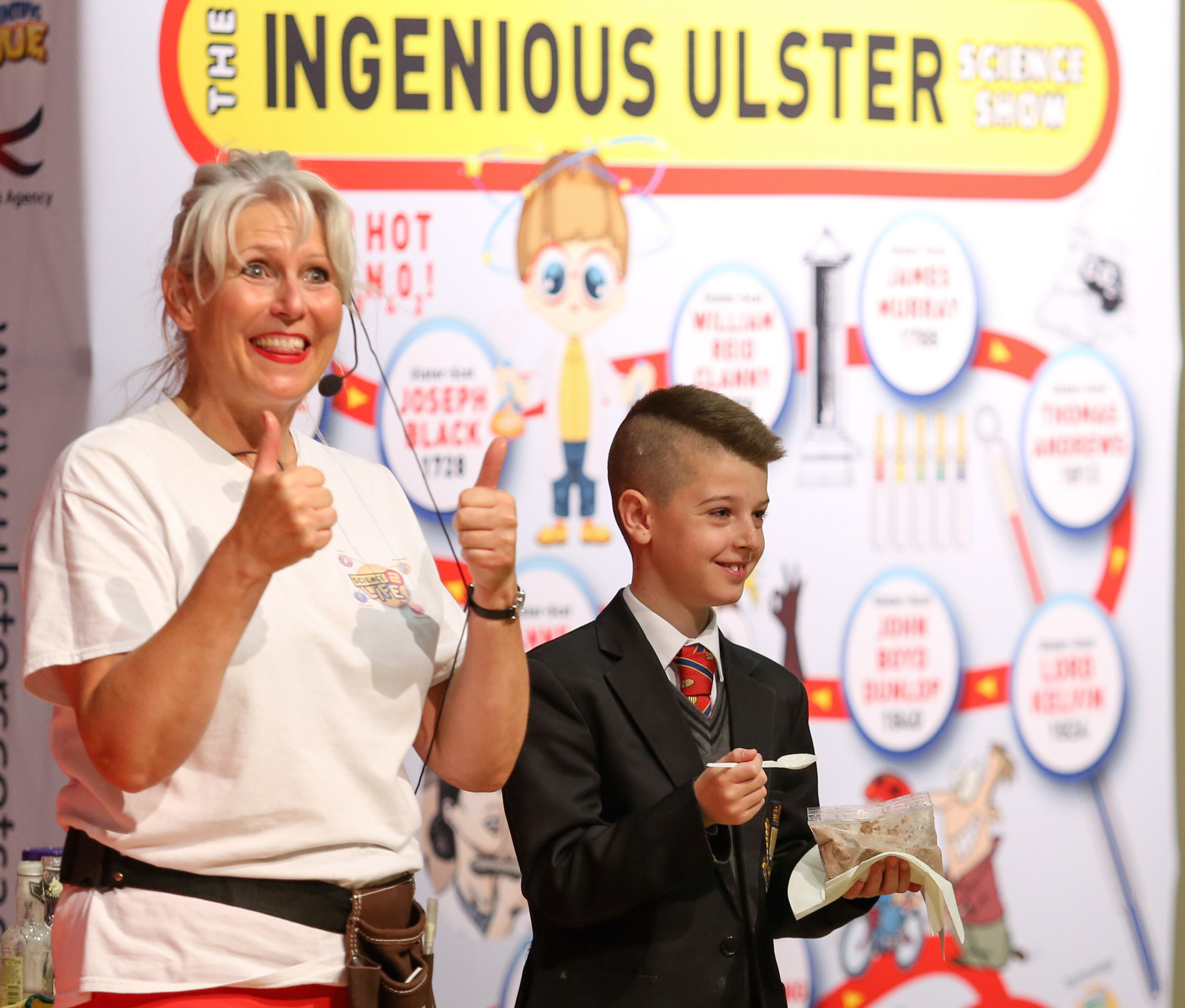 William Thomson, Lord Kelvin, was born on 26 June, 1824 at 21-25 College Square East, Belfast. This location was later home to the first cinema in Belfast – The Kelvin. He was taught by his father, a professor of mathematics. In 1832, the family moved to Glasgow where Thomson attended university from the age of 10.

In Glasgow, Thomson created the first physics laboratory in Britain. He was a pioneer in many different fields, particularly electromagnetism and thermodynamics.

Whist studying the nature of heat, Kelvin realised that it would be useful to be able to define extremely low temperatures precisely. In 1848, he proposed an absolute temperature scale.

After further research, Kelvin formulated the second law of thermodynamics. This states that heat will not flow from a colder to a hotter body.

William Thomson (Lord Kelvin) was an ingenious inventor, theoretician and scientist. His greatest invention was designing the equipment which made it possible to send and receive telegraphic signals over very long submarine cables; this gave birth to the telecommunications revolution, and brought him fame and fortune. However, he is most remembered for his work on the nature of heat and energy.

In 1848, he noted that a gas loses 1/273 of its 0oC – volume with every 1oC drop in temperature. He then suggested that -273 oC would be thermodynamic zero and called this point absolute zero. So, Thomson devised the absolute temperature scale, now called the ‘Kelvin scale’. 1K isequivalent to 1oC and freezing point on the Celsius scale 0oC corresponds to 273K.

Activity: Making Ice-Cream in a Bag 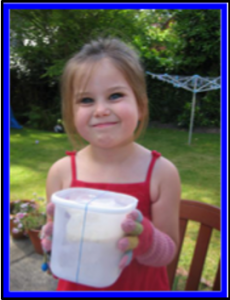 Pure water freezes, or melts, at 0 oC and boils at 100 oC. So, between 0 oC and 100 oC, water exists in the liquid state. The water molecules are provided with enough heat energy and hence kinetic (movement) energy to move around, but not enough energy to break the relatively loose, ‘sticky’, bonds between them; when this happens, the liquid becomes a gas.

When you pour liquids into containers you will notice that they all flow and change shape to fit the dimensions of the base of any container you may put them in. All liquids take the shape of its container but its volume, at specific temperatures and pressure, always remains the same; you can test this by pouring a liquid into lots of different shaped measuring jugs: tall, thin, wide and short – the shape changes but the volume stays the same.

However, when the temperature is lowered to below 0 oC, the molecules cease to move around, they vibrate only, and then form the crystalline structure of ice, in which the molecules are held together by stronger, ‘stickier’, bonds.

When any substance freezes, the particles within it arrange themselves into an orderly pattern.  This arrangement is called a crystal.  When table or rock salt (sodium chloride NaCl) is added to water, a saline solution is formed and the forming of this solution interferes with the orderly arrangement of the particles in the crystal.  The result of this is an increase in heat energy required to be removed from the solution before freezing can occur i.e. the solution freezes at a much lower temperature than 0 oC.  Salt acts as a freezing point depressant. This is why we spread salt on the roads and pathways when the weather person lets us know the temperatures are going to be below zero.

Without the salt the surface water will freeze at 0oC, however, with salt added the surfaces won’t freeze over until the temperatures are below – 18oC. What is the coldest temperature ever recorded in your home town?

The movement energy of the molecules in a substance is related to the temperature.  If the molecules initially have a lot of kinetic (movement) energy and we then remove heat from the substance, the molecules will then also lose kinetic energy; the less kinetic energy they have the lower is the temperature; so, by adding salt to the water more heat energy must be removed before the solution can freeze, and furthermore, the more particles of salt added, the more kinetic energy must be removed from the solution before it freezes; the greater the concentration of the salt (solute) the lower the freezing point of the water (solvent).

The more salt you add the greater the decrease in freezing temperature. In laboratory conditions scientists have lowered the freezing point of very salty water to – 21 oC.

Ice has to absorb heat energy in order to melt, in this demonstration; the heat energy is absorbed from the milk, the surrounding air and the hands holding the tub. When you add the salt to the melted ice, it lowers the freezing point of the water-salt solution.

To melt the newly formed ice which is at a temperature now less than 0oC, even more energy has to be absorbed from the environment in order to make it melt. The newly formed ice is now colder than before, which is how your milk mixture freezes into ice-cream so quickly and it is for this reason that hands need to be protected from the possibility of frost bite. 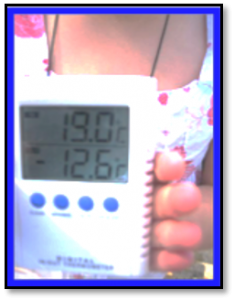 When the salt is added to the water, the water molecules attract and bond to the sodium and chlorine atoms, which make up the salt molecule, causing the particles to separate from each other.

There are 2 processes taking place here

1.     It takes energy to break the bond between the sodium and chlorine atoms.

2.     Energy is released when water molecules bond to the salt ions.

For this salt it takes more energy to separate the particles of the salt (solute) than is released when the water molecules bond to the particles so we experience a decrease in temperature; this is called an endothermic reaction

If it takes less energy to separate the particles of a solute than is released when the water molecules bond to the particles, an increase in temperature occurs; this is an exothermic reaction. Caustic soda dissolved in water releases a lot of heat which is why we find it in drain cleaners.

Some parts of the world experience very cold winters and temperatures. On a daily basis, they have temperatures very much below 0oC. In these conditions, you can’t add salt to the roads and pathways because there is no liquid water present to initially dissolve the salt and cause it to dissociate i.e., go from one NaCl molecule into two ions: Na+ and Cl-.

Sodium Chloride, NaCl, isn’t the only salt used in de-icing, nor is it necessarily the best choice. NaCl dissolves into two types of particles; one Na+ ion and one Cl – – ion per sodium chloride molecule. A compound that yields more ions into a water solution would lower the freezing point even more. For example, calcium chloride, CaCl2, dissolves into three ions one Ca2+ ion and two Cl – ions. The lowest street measured temperature using calcium chloride is -29 oC as compared with the -18 oC for sodium chloride.

‘Science It Activities’ with Scientific Sue: 321 Lift Off!