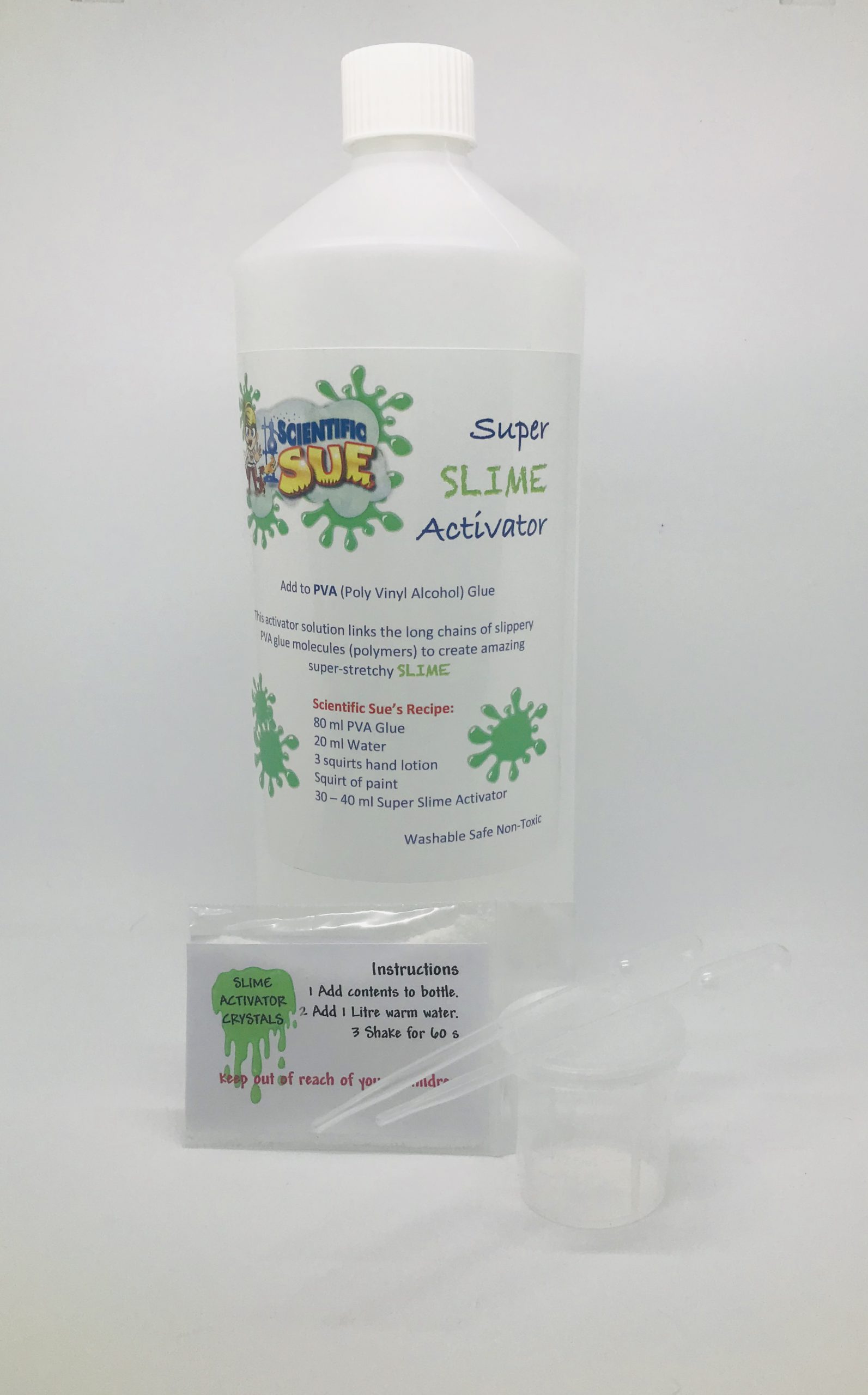 Born in Woolsthrope, England Issac Newton became the leading figure of the Scientific Revolution of the 17th century. He laid the foundation for modern physical optics with his discovery that white light could be split into the colours of the rainbow. In mechanics, his three laws of motion, now the basic principles of modern physics, resulted in the formulation of the law of universal gravitation and in mathematics, he was the original discoverer of the infinitesimal calculus.

Scientific Discovery: The Viscosity of a fluid is only effected

Along with Isaac Newton’s many discoveries he did some ground-breaking work with fluids. He discovered that the viscosity, the fluid’s resistance to flow, is only affected by temperature. A fluid with high viscosity, such as peanut butter, resists motion, while a fluid with low viscosity such as air and water flow easily. Air flowing much easier that water which in turn flows much more freely than golden syrup.

What has this go to do with Slime?

Well, in Newton’s day examples of fluids he would have been dealing with were:

To these liquids lots of different force actions, such as stirring, shaking, whisking, squeezing or even punching would have been applied to. None of these actions had any affect on the viscosity of the fluid. These types of forces are call shear forces or shear stresses. These liquids are called Newtonian fluids.

As I am sure you have already guessed  we are now aware of fluids which do not behaviour in this manner. We call them non-Newtonian fluids. When shear stresses are applied to these fluids their viscosity changes.

Some fluids have an immediate increase in viscosity such as quicksand, cornflour and water (ooblek) and silly putty; some have their viscosity increase over time, such as gypsum paste and cream – the longer we whip the cream the thicker it gets. 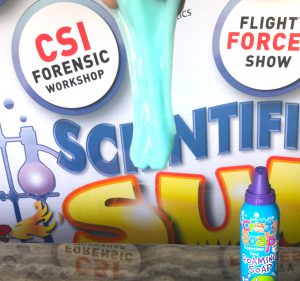 The joy of making slime is that there is no set recipe – the current craze for making slime is seeing weird materials like polystyrene beads or glitter or foam added into the slime mix.

Here are a couple of recipes that I use but you must be aware that not all PVA glues are the same and the quantities of water and activator solution required will vary from one glue to another.

This activity should be carried out in the kitchen or outside. If slime does end up on a surface such as a carpet – it must be cleaned up immediately; Slime like chewing gum will flow in-between all of the fibres and if allowed to dry it will be difficult to remove.

However if Before I get to the process of getting slime out of each thing, just know that vinegar is the key to all of this.  Plain old white vinegar will get slime out of most everything.  It might take some elbow grease and patience, but you can get it out of everything!

Compare your 2 slimes. Which one is more stretchy?

Repeat Recipe 2 again but this time add 20 ml of water?

What effect does the amount of water have on the consistency of your slime?

Can you mix in foam after the slime has been made?

Most types of slime, including silly putty and the cornstarch-water slime, are examples of polymers. A polymer is

composed of very long chains of molecules that are composed of repeating units known as monomers. A single polymer may comprise of hundreds or thousands of monomers.

Common synthetic polymers are rubber, some chewing gums, plastic and nylon. Common natural polymers are starch, DNA, and some proteins.

Cross-linking is where the polymer chains are chemically joined together in places, by covalent bonds. The polymer molecules cannot slide over each other so easily. This makes materials tougher and less flexible.

The cross-linking between the polymer chains occurs by adding the slime activator (Sodium tetraborate).

The resulting slime is a non-Newtonian fluid whose viscosity increases which when put under stress. Other well-know stress thickening materials would be wet sand on the beach, some printer’s inks and silly putty.

We call these materials dilating materials and they tend to have some unusual properties.

Under los stress, such and slowly pulling on the material, it will flow and stretch and if you are really careful you could form a really thin film of slime.

However if you pull sharply (high stress) you slime material will break.

Adding acid to the slime breaks the cross linking producing a liquid with lower viscosity – this is why clear vinegar is good for removing slime from other materials.

The easiest way to get slime out of carpet is with warm water and vinegar.  Add warm water to a bucket with vinegar.  It should be about 2/3 vinegar to 1/3 warm water (just enough to dilute the vinegar).   Use a soft brush to loosen the slime up from the carpet.  Then use a clean, dry towel to blot it dry.  If it doesn’t all come up the first time, repeat the process.  Then once dry, vacuum.

If slime has landed on clothing, pull as much of the slime off of the clothes as possible, set it aside while you fill a sink or bucket with warm water.  Pour vinegar onto the remaining slime on clothes and then put it into the warm water.  You can then work more on getting any slime residue in the warm water.  If it doesn’t fully come off with just vinegar and warm water, you can add washing up liquid to the residue and rub it together.  Rinse in the warm water. 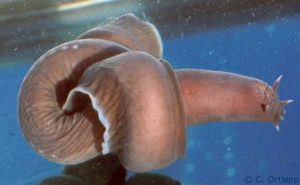 Slime, or mucus is used by many animals both on land and in the sea, but Hagfish have the outstanding ability to defend themselves by producing an incredible slime when touched. It comes from the glands along the side of their body, and within minutes literally liters of it can be produced. Despite being one of the most primitive vertebrates alive, this rare species is certainly strange and wonderful! Our oceans harbor amazing species that despite being a bit weird, are still worth protecting.

Hagfish have large slime glands lining their sides along the length of their bodies. When threatened hagfish secrete a high amount of slime as a defence mechanism.

What kind of tricks can they do?

One very useful trick hagfish have developed is the ability to tie themselves in knots, and be able to slide in and out of this knot. This can be used to escape predators, to clean themselves of slime, and to work their way into a carcass. They love eating dead animals – now that is really gross!

They can also sneeze to unclog their nostrils of their own slime!

Google: Slime and Hagfish and find out how scientists use this slime to replace eggs in baking. The Hagfish is very sensitive to pollution so it is also used as a measure of how healthy the water it lives in is.

Build your own Acrobatic Dragon for Science Week 2021
Scroll to top
Manage Cookie Consent
We use cookies to optimise our website and our service.
Manage options Manage services Manage vendors Read more about these purposes
View preferences
{title} {title} {title}