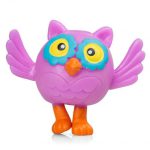 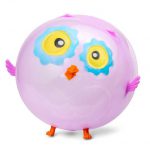 Fun animal figure that can be inflated into a balloon like ball.

Insert the straw into the balloon ball figure and blow into it to inflate the animal into a large balloon. To return it to the original shape, simply re-insert the straw to fully deflate.