You are here: Home1 / Shows2 / The Electric Magnetic Show 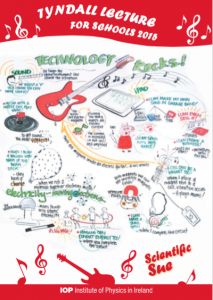 Join Scientific Sue on this historical and energising scientific journey and find out about some of the really cool science and engineering behind the music industry.

This show is aimed at audiences of 8+ years. It covers 2600 years of scientific discoveries based on electricity, magnetism and electromagnetism which ends with us all partying to the sounds emanating from Scientific Sue’s old record player.

To begin with we have to focus on FORCES and what forces can do – we then find out how the invisible electric and magnetic forces can be used to, first of all make items levitate, then how we can visualise the effects of these magical forces and finally how they can be used to create vibrations will ultimately lead to sound.

How can a straw be turned in a musical oboe? What happens if the length of the straw is changed or if a paper cup is added to the end?

For students 15+ this show can be extended to cover Electro Magnetic Induction. 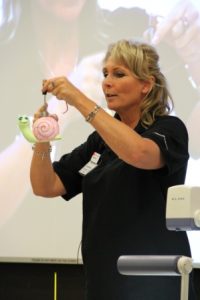 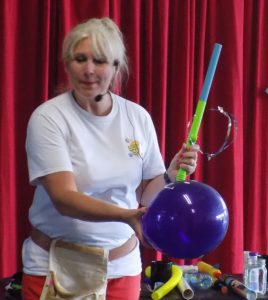 Please note this show can be adapted to suit all audiences.